Reflection during the COVID-19 pandemic

Like many of you, I've had a lot more time to pause and think about the present lately. Life has changed quite dramatically in such a short period of time.

Between 20th January and March 17th 2020 I had binged on travel - visiting Scotland, Wales, both parts of Ireland, Cornwall and Germany. Just one month on, we couldn't leave our homes for anything other than essential needs without risking arrest.

It was clear there were problems before the World shut down. I recall the News starting to report about an illness in China in late January 2019...

Just before I travelled to Germany for work in February there were rumours of someone having Coronavirus locally, whilst in Munich, there were concerns of cases within my colleagues' communities. It was concerning, especially am I moved through the airport and saw people wearing face masks as it wasn't a typical sight at that point in time.

I also witnessed what I would consider to be racism. People throughout the airport and streets would take obvious alternative paths to avoid Asian people. At the start of February, there was little known about some people 'being asymptomatic', and what that meant to others. The condition didn't even have an official name at that time.

I assumed the only reason for people distancing themselves was due to an adverse reaction to the news and stereotyping an entire group of people by their race.

Even with my own concerns, I wasn't really paying it too much attention. In my lifetime I've already lived through SARS, MERS, Swine Flu, Bird Flu & ebola outbreaks. They always (thankfully) appeared so distant.

COVID-19 arrives in the UK

Things started to change in late February when I travelled to Ireland with my dad. By this time COVID-19 had ripped through Europe and arrived in the UK. People had started panic buying hand santiser and (weirdly) toilet paper. It felt very surreal and became the butt of dark jokes between friends.

We travelled via ferry between Holyhead (Wales) and Ireland. I was concerned about being around groups at this point and kept my distance from others. Whilst in Mullaghmore there was the first reported case of a person that had travelled between Dublin and Northern Ireland contracting Coronavirus, and others that I spoke to were getting anxious.

On the March 11th, COVID-19 was declared a pandemic and on the 13th I was travelling to Cornwall to celebrate my birthday with my wife Amy and our two dogs. Prior to leaving home, we discussed eating at our accomodation instead of venturing out for meals, even though we usually loved dining out. We had taken some supplies with us just in case, which turned out to be the right decision as panic buying had started and every day food was in short supply.

News was bad, reporting constantly on the infection rate / kill count and on my birthday, the UK Government started broadcasting the first daily update to keep everyone informed. 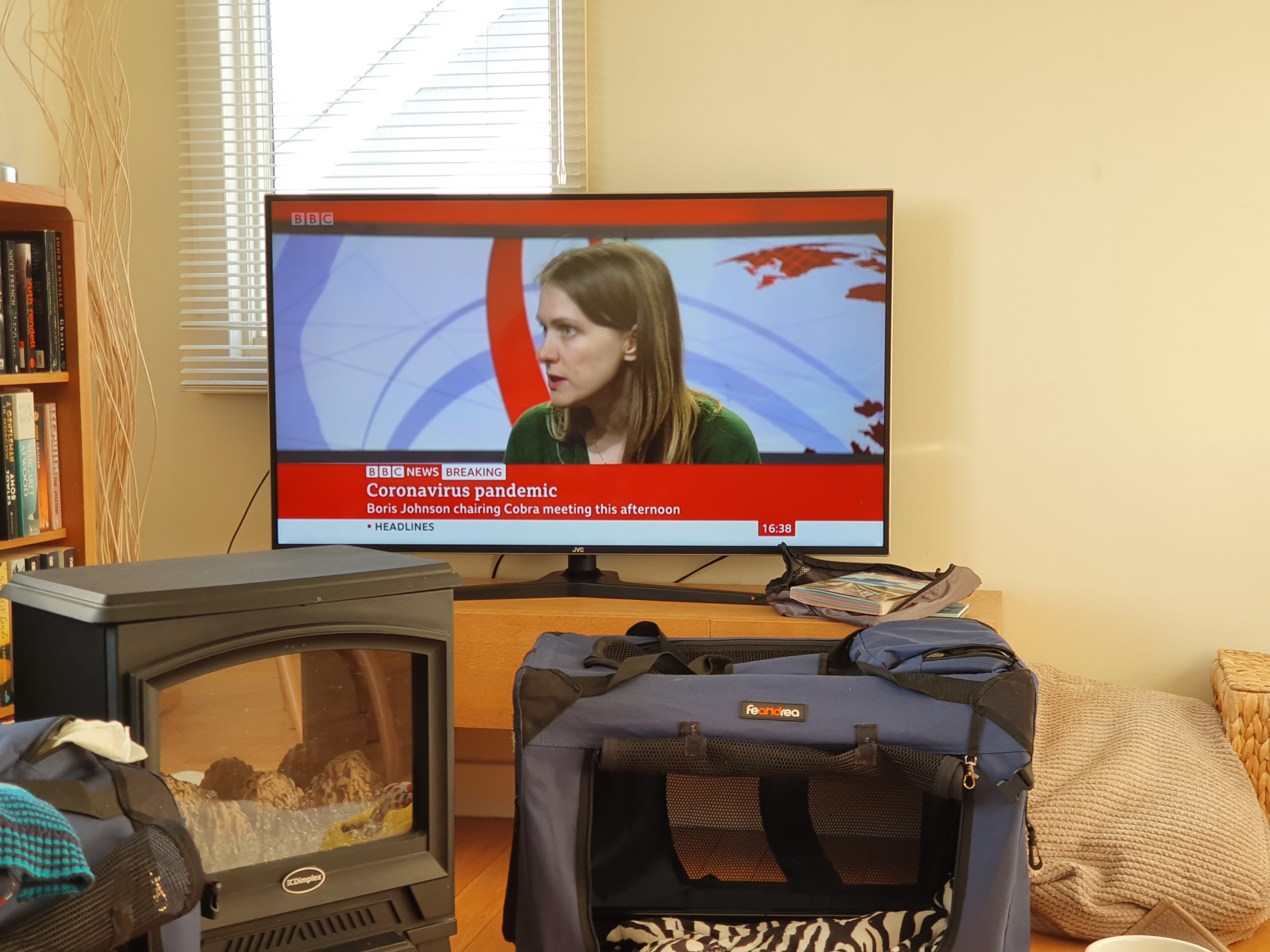 Being Winter and in Gwithian it should have been pretty quiet but on March 17th, it was unusually busy. I assumed it was because overseas holiday plans had been cancelled due to travel restrictions that were now starting to be enforced and it seemed like everyone had descended to our location instead. It was a beautiful day though, really sunny and the waves were rolling. 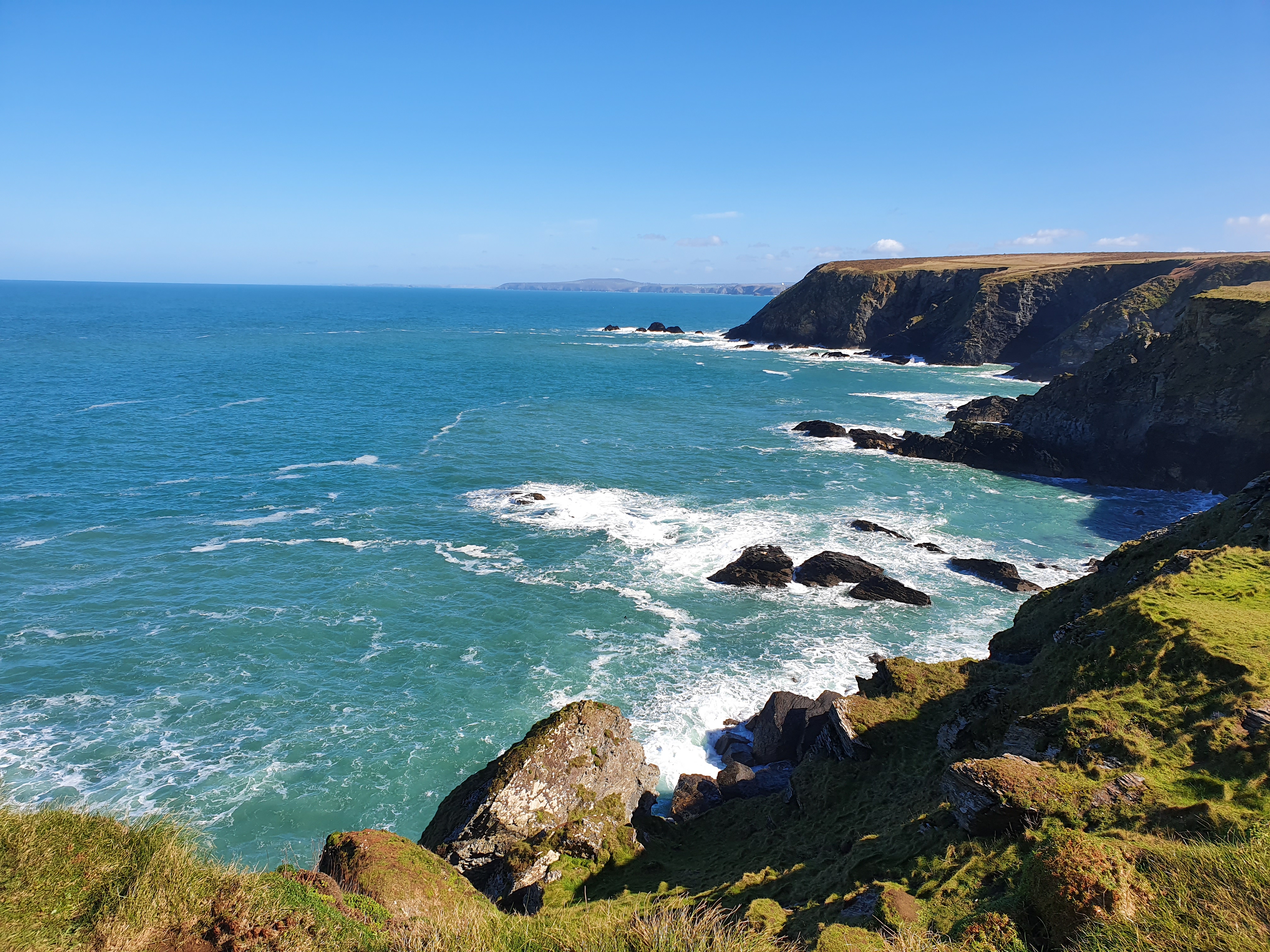 I work in the travel industry and was aware of the impending downturn that was coming due to the travel restrictions being enforced. My employer is great for transparency and kept us looped in to developments but with business waning they had to start offering some radical options. Payment holidays, reduced working hours or a sabbatical of between 3 and 6 months, all with the option to find non-competing work elsewhere to help cover the shortfall.

I had volunteered to take a 6-month sabbatical thinking that I could try and find some contracting work elsewhere, but of the leads I had chased, the opportunities dried up pretty fast. Employment appeared to hit pause as many companies prepared to lockdown and even hibernate.

As it turned out, the UK Government really stepped up (for me at least) and offered a new route - furlough. Between March and May (later extended to June), they offered to cover many PAYE employees up to 80% of their salary, capped at £2500. This meant my employer didn't need to cover the cost of my salary and I didn't need to worry about complete loss of income.

On the day of the announcement I remember feeling the anxiety leaving my body, as if it was lots of bad energy trapped that had found a route out. I actually cried a little out of relief that my family, who depends on my wage, wouldn't be thrown into turmoil.

My German colleagues also had a similar deal with the Kurzarbeit. It wasn't quite the same as they continued working reduced hours, with their Government paying the shortfall whilst in the UK, the requirement was for the employee not to work for the employer.

Unforuntately, I still lost work friends through these changes (though thankfully not due to the illness itself). One team member had only been in the company for just under 3 months and so his contract was released. Also, the entire Bulgarian team, who were sub-contracted, including my direct work buddies of about 2 years, were made unemployed.

The whole thing was unavoidable, being in tourism, my employer was hit hard and needed to make serious changes. I had grown close to these people and the whole thing left me depressed when I heard the news. Fortunately, I've been able to remain in touch and both have been able to secure other employment. It hurts to think that we won't be chatting everyday at work though.

My usual work schedule is Monday-Thursday and I work fully remote. I've been doing this for many years so I'm somewhat accustomed to being away from people. However, on March 23rd, my schedule changed to 50% reduced hours, which was Monday & Tuesday only and from April 1st, it was reduced further to 0%.

I'm writing this post on the May 6th, having spent over a month adapting to the new schedule and having very little contact with others. I haven't seen my mum, dad or sister since February, I haven't seen my friends since last year.

Infrequently I'll log back into my work systems to check on messages people have left across various channels and to say hi to my German colleagues that are still working part-time. Later today I have a Google Meet with the wider web team that I will attend.

Mostly I keep myself busy with ongoing projects inside and outside of the house. I'll write about those in a later post as they're significant in their own way.

Amy or I go shopping once every 1 or 2 weeks. It's very stressful. Many people have no consideration for the recommended 2-meter government imposed distance guidelines and are happy to rub shoulders with you down the aisles.

There's no way to avoid these people as supermarkets are often busy. If you get there too early you won't be allowed in due to (rightfully) key workers and vulnerable people having priority for an hour. If you arrive too late, you'll queue to get in the doors. Payment is made either via self-service checkouts, or to a cashier shielded behind a giant perspex screen.

When one of us returns home, the other puts the shower on for the "shopper" and cleans the interior of the car down. The shopper drops the bags into a staging area at home to minimise future risk, strips in the porch, and their clothes go straight into the washing machine. They jump in the shower and then continue as normal. Perhaps this might seem excessive to others, but we don't want to become one of the statistics - yesterday, the UK had a higher death rate than Italy and just short of Spain, the two worst hit countries in Europe. 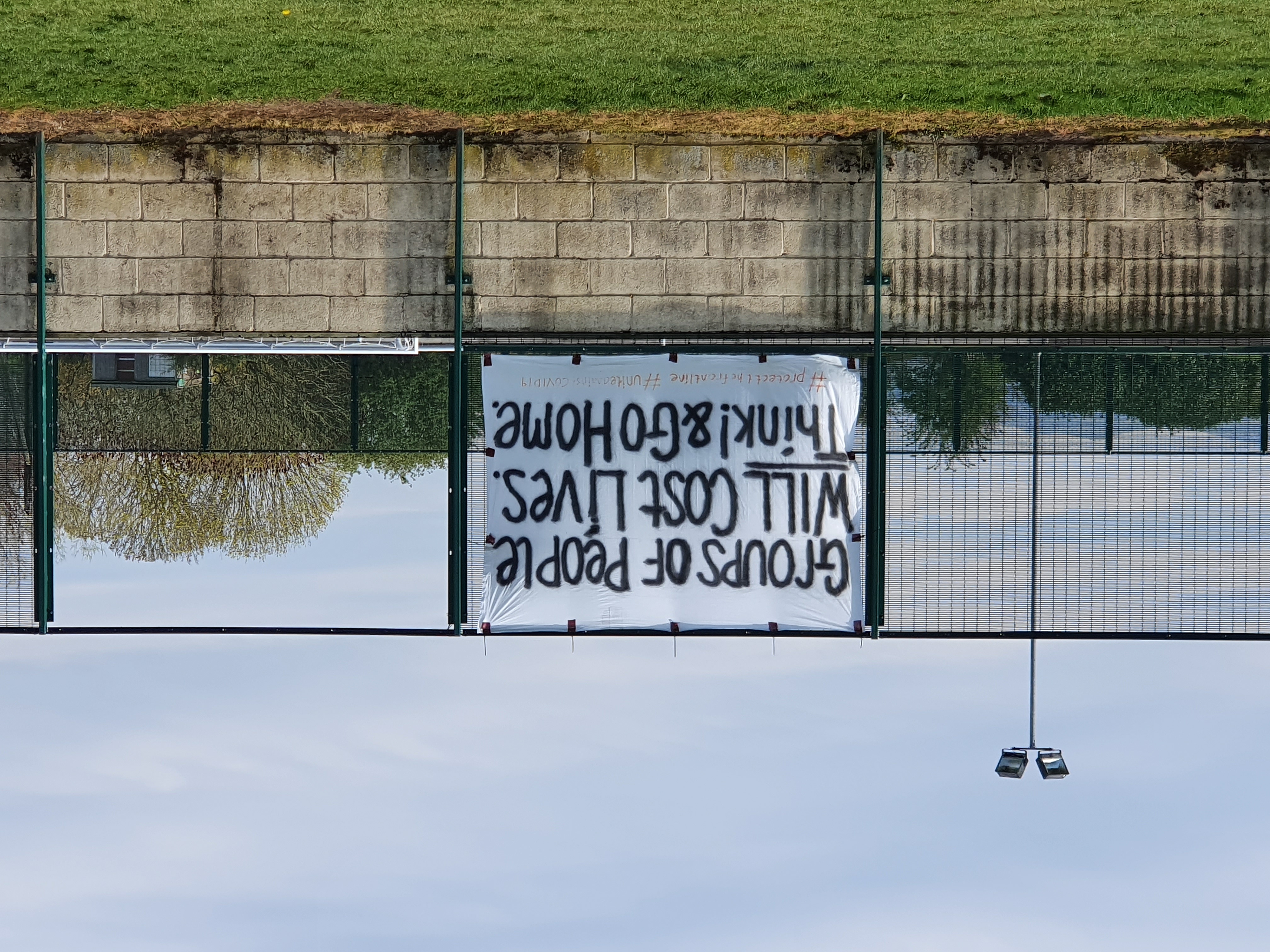 I try to exercise (1-2 runs per week or some weight lifting in the garage) but I'm struggling to find the motivation, I'm sure it's associated with ongoing stress caused by job uncertainty. I know that life will resume one day but I'm pessimistic about my employer's ability to recover in time. The Chancellor has made it clear that furlough is unsustainable as it's currently supporting 6.3 million workers, costing about £8 billion a month. It makes me sad to write this, I truly love the company I work for and really don't want to make a change.

Travel was one of the first industries to be hit (hard) and will be one of the last to recover. It's very unlikely to recover exactly as it was before because people need to earn money and time before they can use it, and that's not considering the environmental benefit we've seen by reducing movement. It's difficult to see how there could be a job to return to.

To make the situation worse, economies are sinking and one of the World's major currencies, the USD, is in significant trouble. It isn't the best backdrop for finding new employment and I'm left feeling vulnerable. I appreciate that may sound crass considering there are far more vulnerable people in this world, I'm just trying to express how significant this is inside my tiny bubble.

I have observed how some businesses are fairing ok. Health and education appear to be doing well, and other less obvious businesses such as ink-printing firms are also making profits during the pandemic, but I do wonder how much fallout we have witnessed at this point in time. If business across the board doesn't recover soon and the furlough ends, it won't be long until there are more business closures, job losses and families affected.

Looking at the positives

On a positive note, news lately is focusing more on alleviating the rules of lockdowns across the World, so hopefully we'll see some sort of return to normality "soon" and there are medical trials taking place to find a vaccine. These could ultimately lead to much wider benefits as COVID-19 is part of the same group of viruses as the common cold - goodbye man-flu!

Fortunately, no-one from my immediate circle has had their health affected by the virus. This is the ultimate bit of good news and everything else in this post would pale in comparison if that should change. I've lost friends and family for various reasons throughout my life, I know how painful it can be and I feel sad for the people who are dealing with this right now.

I'm unbelievably grateful for our health workers, our delivery workers, the supermarket assistants, the cleaners, the support from the UK Government, and everyone that isn't mentioned but is playing a key role in this mess.

My mum is a cleaner at a kids school and my aunty cleans the QE hospital in Birmingham. I've always felt their job was overlooked but they make me proud, especially proud in current times as I imagine it can be quite terrifying for key workers to risk their health to make other peoples' lives easier or better.

"It is said that the darkest hour of the night comes just before the dawn."
Thomas Fuller